Fun Fact
Delicious to eat and fun to make, rugelach (pronounced rug-a-lah) are miniature crescent rolled pastries. They originated in Poland and while most have the classic cream cheese or sour cream dough, the filling and topping combinations are endless!

1 Cook the bacon using preferred method until cooked through but lightly crisp, drain on paper towels, set aside to cool.

2 Make the dough by mixing butter, cream cheese and salt together (preferably with a stand or hand mixer) until mixture is creamy. Gradually add flour, scraping down sides of bowl as needed until large, soft lumps form.

3 Turn dough out onto lightly floured work surface. Knead dough and form into a ball then pat it down to form a thick disc. Refrigerate while you caramelize the onions.

4 Heat oil in a large Dutch oven or other large, heavy-bottomed pan over medium-high heat. Add onions and salt and stir until onions are coated with oil. Cook onions, stirring regularly, until they are very tender and are a medium brown color, approximately 20-30 minutes. Be careful not to let them burn. Remove from heat and set aside while you roll out the dough.

5 Preheat oven to 350º F and chop bacon into small pieces.

6 Remove dough from refrigerator and set on lightly floured work surface. Using a rolling pin, roll dough into a large circle, approximately 12-14” round and 1/8” thick, like you were making a pie crust. Spread dough with onion mixture until covered in a thin layer. Sprinkle crumbles of goat cheese over onions, then sprinkle bacon bits on top of the caramelized onions and goat cheese.

7 Using a pizza cutter or sharp knife, cut the crust into thin, pie-shaped wedges. You should be able to get 12-16 wedges from the dough.

8 Roll each wedge, starting with the wide end, and then place each roll on a parchment lined baking sheet.

9 Beat egg with 1 teaspoon of water for egg wash. Brush the top of each roll. 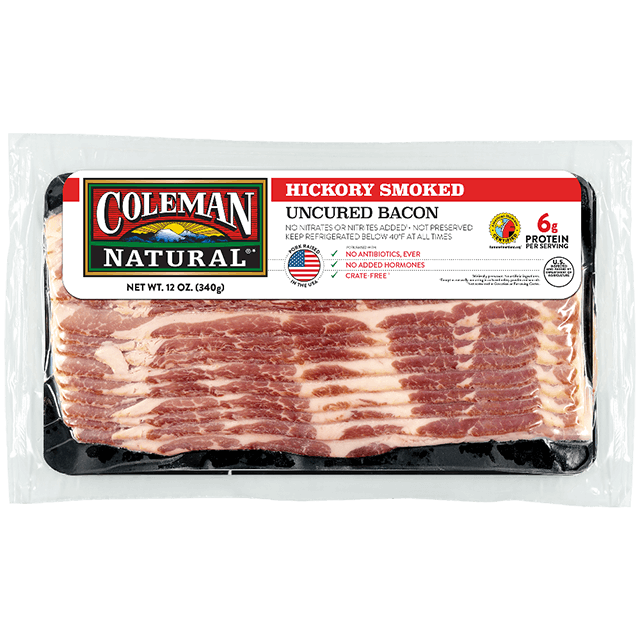