While we’ve all grown up with different family recipes, one thing ties these meals together – their ability to transport us to the past. Therefore, it’s not surprising that 41% of parents1 say their favorite part of traditional dishes is the memories they hold.

As parents raise their children, they often turn to family recipes to give their kids a taste of the dishes and moments they experienced growing up. You could say it’s nostalgia in one bite.

However, not all parents follow these traditional recipes exactly as written. According to survey data conducted on behalf of Coleman Natural, some parents are modifying these family recipes in ways that keep the associated memories alive yet bring these dishes into the modern age. Let’s find out how.

Maybe you spent your childhood playing baseball outside, only to be lured inside by the smells of a pork roast cooking in the oven. Or perhaps you awaited the day your grandmother came over to make her spicy Pork Green Chili.

When parents cook a family dish for their children, they share more than just flavorful food. These passed-down recipes also connect kids to their family members, some of whom they may not have had the chance to meet. While a home-cooked meal may seem like a simple thing, it can be a tangible way to keep family traditions alive. How Parents Give Traditional Recipes a Modern Twist

While many parents value cooking family recipes for their children, these dishes don’t always fit in with a family’s packed schedule or dietary sensitivities. Rather than toss out the recipes entirely, some parents make slight modifications so their families can still get a taste of tradition.

Although many parents think their cooking skills are above average, 71% admit that traditional recipes are more difficult to perfect than their modern counterparts. Not only can these recipes be hard to master, but they may also require a lot more time and effort than a busy schedule allows! With work, after-school activities, and appointments to keep track of, parents don’t always have time to follow traditional recipes exactly as written.

Instead of ditching these original recipes entirely, many parents are altering them to fit their modern lifestyles. Survey results show that 46% of parents have modified family recipes to make their preparation more efficient.

One popular modification involves swapping the type of ingredients. For example, parents may choose to use pre-made fully-cooked kielbasa rather than grinding meat, stuffing sausage casings, and cooking kielbasa themselves. Or perhaps they grab a few cans of beans so they can avoid spending a day soaking and cooking dried beans. Time constraints aren’t the only thing that stands in the way of cooking traditional meals the whole family can enjoy. Food allergies, sensitivities, and dietary restrictions prompt 44% of parents to alter their family recipes.

Sometimes, parents may leave out an ingredient their child is allergic to. Other times, they can swap one product for a similar one.

For example, a child may be sensitive to gluten, which means they can’t safely eat the breadcrumbs found in the traditional family meatballs. Rather than forego the breadcrumbs entirely, parents may opt to swap them for a gluten-free alternative.

How Parents Are Modifying Family Recipes

Parents reported a variety of recipe modifications for traditional recipes. Here are some of the most popular:

Another reason parents modify recipes is to make a dish healthier. Over half of parents report they’ve altered traditional recipes in an attempt to make them a bit better for their families.

This may involve decreasing the amount of sugar or opting for lower sodium products, such as Coleman Natural Uncured Beef Hot Dogs. Or it could involve swapping out ingredients to make recipes Keto-friendly or fit for a Mediterranean diet. What Family Means to Coleman Natural

Just like families pass down recipes, the Coleman family has shared their love of producing all-natural meats. Mel Coleman, Jr. – the fifth generation of Colemans to be involved in meat production – follows in his ancestors’ footsteps to ensure other families have access to meat raised without antibiotics or added hormones.

Similarly, many Coleman Natural farmers come from a long line of food producers. These farmers aim to keep their family businesses thriving, even as the world around them changes. In some cases, farmers end up changing their production methods so they can put their families and values first.

“I wanted to really start thinking about preparing the farm for the future, for future generations, and overall sustainability of the business. I wanted to build a relationship with a company that was already doing the things I wanted to transition to. By joining Coleman Natural Foods, I felt confident we would be prepared for a sustainable future,” said farmer Tim Brandt.

Cook Family Recipes with Products You Can Trust

No matter if you follow a family recipe as written or make a few modifications, you want to start with ingredients you can trust.

Coleman Natural farmers not only care about their own families, but they also care about yours! That’s why they feed their animals a vegetarian diet and raise them without antibiotics and added hormones in a 100% crate-free environment. The end result is a line of all-natural products fit for the modern family. 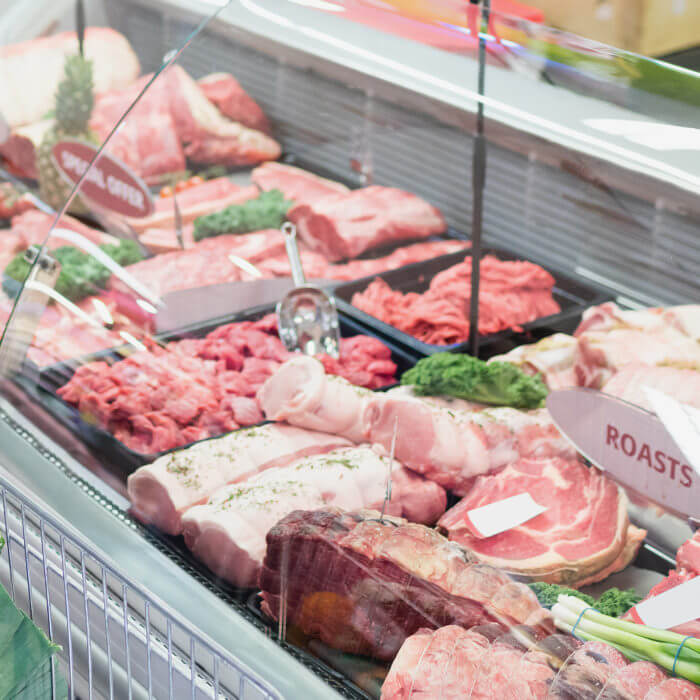