How to Heat a Pre-Cooked Spiral Ham

If you’re looking for a meal that delivers an impressive presentation as well as rich flavor, a spiral ham is a great choice. These hams are perfect for holidays like Easter and Christmas as well as family parties and celebrations, as long as you know how to choose the right one!

However, since spiral hams are pre-cooked, you may be a little confused about how to heat them. We’re going to cover all you need to know about cooking a flavorful and juicy uncured bone-in spiral ham.

The first step to heating your spiral ham is to choose your cooking method. While the oven is the most traditional (and most popular) method, you can also heat your ham in a slow cooker.

No matter which method you choose, remember to remove your ham from the refrigerator about one hour before cooking. If your ham is frozen, it’s best to allow it to slowly thaw in the refrigerator. However, you’ll need to plan ahead, since each pound of ham will take 4 to 6 hours to thaw. If you’re in a rush, you can speed up the defrosting process by submerging your sealed ham in cold water. Change the water every 30 minutes, and plan for 30 minutes per pound of ham.

Since the ham is already cooked, your goal is to thoroughly heat it without drying it out. That means you’ll want to opt for low and slow cooking rather than high and fast heat.

That said, there isn’t one perfect temperature to set your oven at – anywhere in the range of 250ºF to 350ºF will work. However, be aware that lower temperatures will lead to longer cooking times, so you may want to opt for the higher temperatures if your company will be arriving an hour earlier than you anticipated.

As your oven is preheating, place a baking rack inside a shallow roasting pan. Next, place the ham on top of the rack and then cover the pan with aluminum foil to help seal in moisture. Next, place the pan on a rack centered in the middle of the oven.

Bake your ham until the internal temperature reaches 140ºF at the thickest part. Total cook time will depend on both the size of the ham as well as the oven temperature. However, you can expect an average-sized ham to take 1.5 to 2.5 hours.

About 15 minutes before you expect your ham to be done, remove it from the oven and brush the outside with a glaze. Coleman Natural’s bone-in spiral hams come with a glaze packet, so you can skip the work involved with finding a recipe and whipping up a glaze.

Leave uncovered and return to the oven until the interior of the ham reaches 140º.

If you don’t have space in the oven or want to try out a new method, you can also cook your spiral ham in a slow cooker.

Set your crockpot to low and place the ham at the bottom. If you’d like, you can also coat the ham with sugar and spices or cover it with a marinade. No matter if you leave your ham unaltered or add extra flavor, you’ll want to let it cook for four to six hours, or until it reaches an internal temperature of 145º. 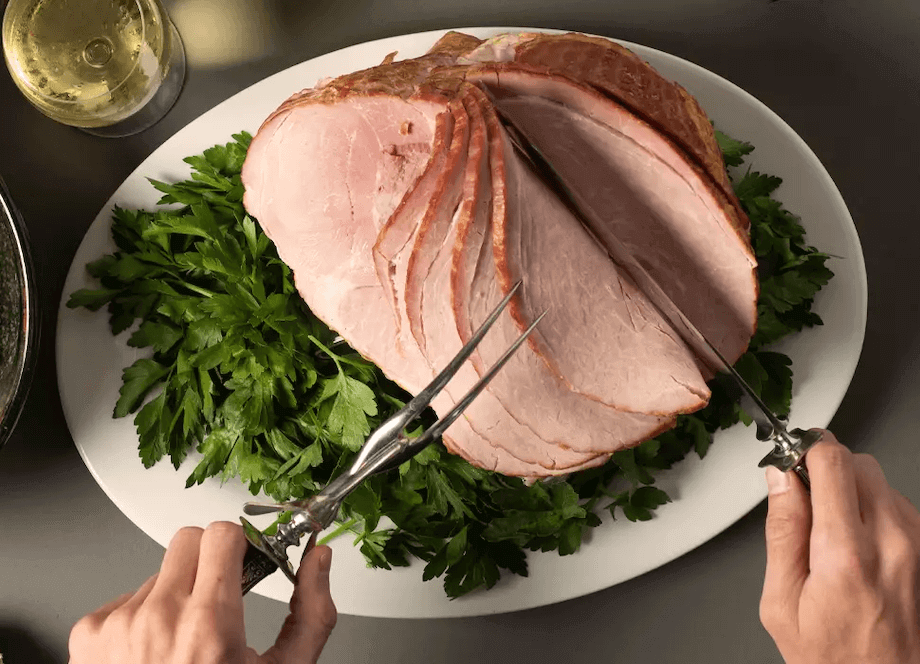 Similar to other cuts of meat, spiral hams come in both bone-in and boneless versions. However, bone-in versions are more common.

Bone-in spiral hams tend to be a bit more flavorful, due to the extra flavor the bone imparts. They also tend to be slightly larger than boneless versions.

How Long to Heat a Pre-Cooked Spiral Ham

If you’re starting with a pre-cooked ham, you’ll only need to cook your ham long enough to heat it all the way through. Total cook time will depend on the size of the ham, your cooking method, and the cooking temperature.

In general, you’ll want to plan for 10-16 minutes per pound. That means if you’re cooking a nine-pound ham, you can expect it to take anywhere from 90 to 144 minutes. What to Do With Leftover Ham

While a spiral ham’s larger size means it’s an impressive main dish, it may also lead to leftovers. The good news is that there are countless ways to utilize this leftover ham!

First off, make sure you store your leftovers properly. If you think you’ll eat the ham within a few days, place it in a plastic bag, remove any excess air, and place it in your refrigerator. It should keep this way for at least a week.

If you’d like to store your ham a bit longer, you can place it in the freezer and store it for one to two months.

While leftover ham is great on sandwiches, that’s not the only option. Try using it at breakfast or brunch in Ham, Egg & Cheese Wontons, or making warming Ribollita Soup with Ham.

No matter if you cook your spiral ham in the oven or slow cooker, you’ll want to start with a high-quality product! Coleman Natural’s Uncured Bone-In Spiral Hams are full of flavor but free from antibiotics and added hormones. Plus, they are sourcedfrom hogs that are raised crate-free on American family farms.

If a whole spiral ham is too much for you, you can select from other natural ham products, including a Boneless Uncured Quarter Ham and Semi-Boneless Uncured Half Ham. If you need some help choosing the perfect ham for your family, check out this ham selection guide.

To learn more about cooking your favorite meats, check out these next: 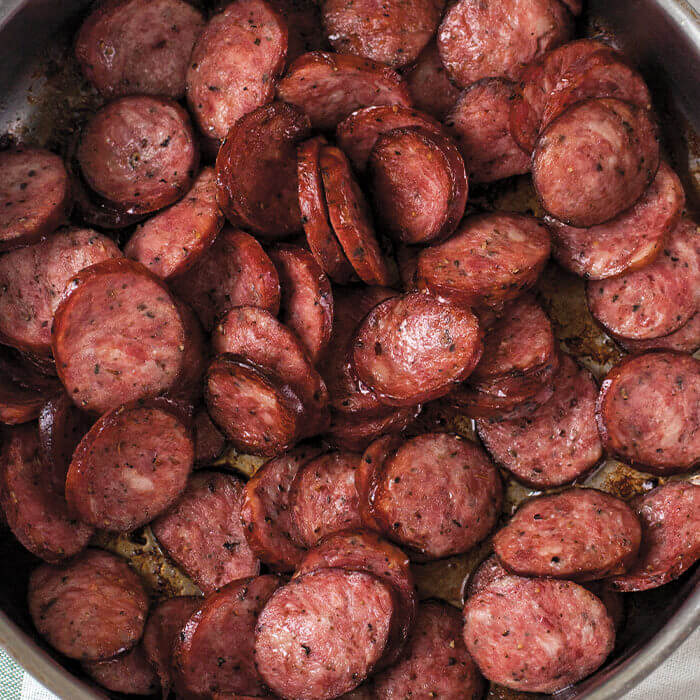 How to Cook Polish Kielbasa 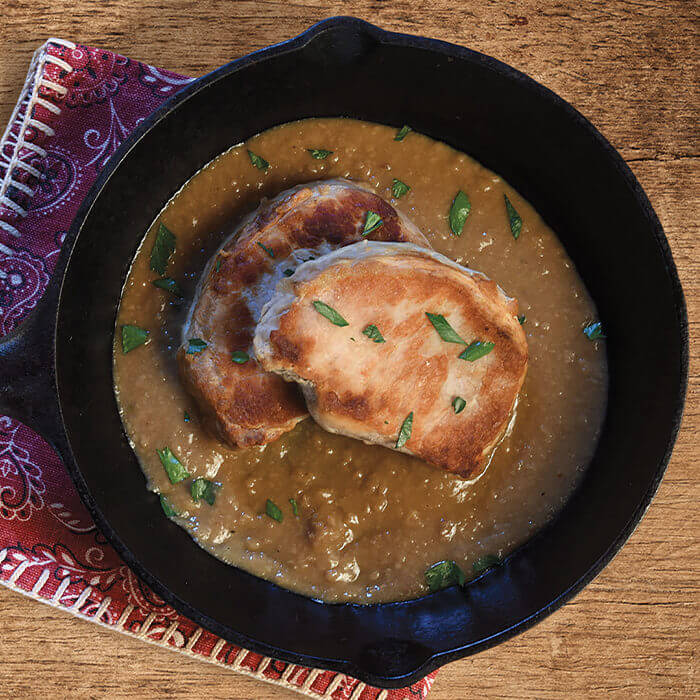 How to Cook Bacon: 5 Different Ways to Make Bacon